Should I Travel Solo? 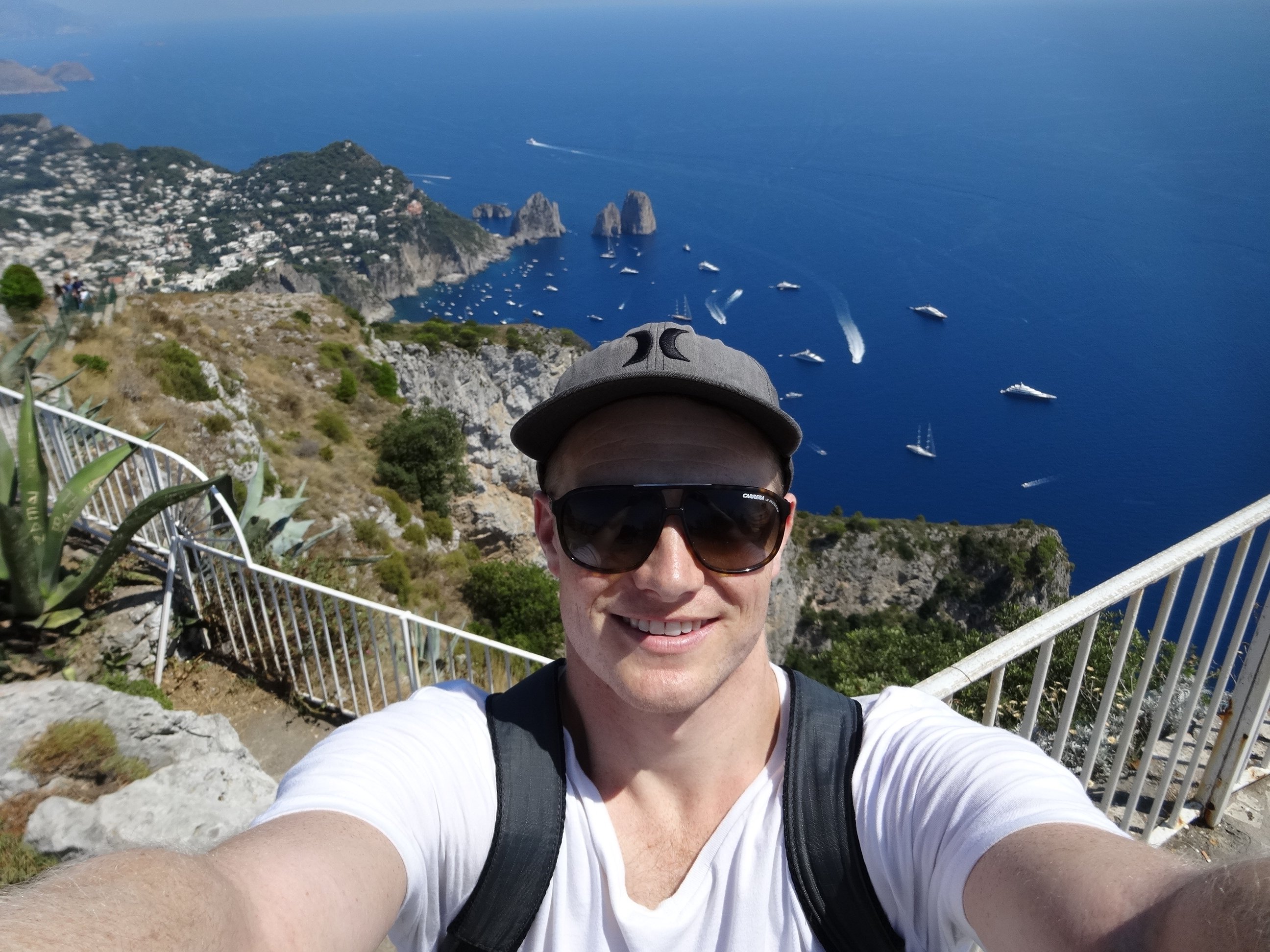 Obviously there are a lot of benefits to travelling solo:

You can do what you want

Obviously everyone travels for their own personal reasons. Maybe you need to find yourself, maybe you’re just sick of people! Maybe you just enjoy doing your own thing. THe biggest benefit of travelling alone that I have found so far is that you get to do what YOU want whenever You want. If you want to go see the sights you can, if you wnt to sleep in you can. If you want to drink you can!

You have a lot of time to think. On busses, planes, walking around cities and parks. In bed. There’s often not a lot of time spent talking to others, although hostels are great way to maintain your social interaction and I’ve been on some great adventures with new friends met in a hostel dorm!

You don’t get sick of your friends

There always comes a time when you’re travelling with friends (unless you’re one fo those rare groups of friends who never tire of each other’s company) where you need your space. Its not necessarily a bad reflection on yourself or your friends, but when you’re used to your own space, travelling with a group and always discussing “where you we have lunch”, “what should we to tonight” and always having to wait for friends to get ready or having differing opinions can get tiresome. Travelling alone means you don’t experience this “Gee I wish Tom would just make up his mind!”

But there are also some downsides to traveling solo / benefits to travelling with friends:

If you’ve ever travelled with a backpack through Europe, you’ll know what I’m talking about. The little old ladies that once guarded public toilets with a mop and a dish demanding 50 euro cents for you to enter have in a lot of place, been replaced by coin operated turnstiles or automatic doors.

Most of these bathrooms are in small confined areas of bus and train stations so theres not a lot of room. SO when you try walking through the turnstiles with your backpack and going to the bathroom with all your stuff, its a pain in the ass!

Saying to a friend – “Can you just watch this while I go to the bathroom” is a LOT easier – same applies for Cafes / lunch places while in transit.

Many times when you’re travelling you’ll see something hilarious, and every now and then it would be nice to say “Did you see that!”. I can’t remember the number of times I’ve seen something hilarious while travelling and had no one to share it with. You can tell people back at the hostel after, but its not quite the same as sharing it with someone who was there.

When backpacking, a lot of time is spent on trains, busses, walking with your stuff. There are certain occasions where you think ” Gee it would be easier to just catch a cab!”. When you’re travelling with 2 or 3 people, you can! It costs 1/3 as much and everybody wins! But when you’re travelling solo, you foot the whole bill. This also applies to those times where you just want a nice hotel bed to lay on and you’re own shower for a day! With a friend you can split the cost, solo – you pay the whole lot.

Getting approached by wierdos

Sitting on park benches, walking alone through cities, observing something beautiful and just absorbing the moment. These are all opportunities for wierdos to think “That person’s alone, I’m going to go be weird around them”.

Like the Japanese guy who decided to practice his english in my dorm room while I was reading, asked me a question which I answered and then just proceeded to stare at me for 5 mins without saying anything. Or the usual guy asking for money, or the Russian guy at the bus stop in tracksuit pants and a leather jacket and dress shoes asking me if I want to buy “Blah Blah Pills”. No thanks, its 10am on a Tuesday and I don’t take drugs. (Or candy from strangers).

Getting lost is less fun

I got lost with two mates a couple of weeks ago – we went to the wrong city and the wrong hotel 2 days early (we got our days mixed up). Travelling solo this would have been a nightmare, as we’d flown for 4 hours, busses for 2 hours and walked for an hour to get there. But with friends we were able to laugh it off, go grab a beer and then make our way to the correct destination! That night at dinner we all commented on how stupid we were that not one of us realised! If you’re by yourself you take the whole blame and its not as humorous getting to your correct destination.

Sometimes, you just want to go out and experience the nightlife in a city. Sometimes there’s no one to go with! What do you do? Sit in the hostel common area and check your Facebook, or go out by yourself?

I’ve gone out by myself a few time, with mixed results. Some nights its easy to meet people, fellow travellers or locals depending on the venue you stroll into, other nights you just walk around by yourself looking like the guy who can’t find his friends.

This doesn’t happen to me so much now as I’m getting really good at talking to strangers and making friends. But in the beginning I spent a lot of time by myself in transit, in a home stay and walking around cities by myself. It got a bit lonely. But instead of beating myself up over how lonely I was, I’d go on a city walking tour, meet some new friends and end up having a great afternoon!

Sometimes you just don’t want to do anything

We all need down time at some point, but there can be a number of days on end where you get yourself into a rut and just can’t be bothered doing anything. At these times its good to sometimes have a friend to get you up and out of the hostel and into life – whether its a tour, lunch, or even just a walk around the city / local area its good to have one motivated party amongst you to make sure you don’t waste the days away!

Hard to stay off social media

I wondered if this was just me, having a background in online marketing – but a quick glance around the room to the  10 other people staring at their phones and laptops or ipads shows that its very easy when bored, sitting around to just checking in back home, instagramming their days adventures or checking in on Facebook. When you’re travelling alone and can’t be bothered talking to others its very easy to become introverted and sit staring at your phone all day / night.

This an however be a welcome distraction when you’re sitting next to that annoying guy on the train who wants to tell you about conspiracy theories and his drunk uncle with the 3 legged cat who he’s going to visit.

You’re at a lake / island – you want a photo. But there’s no one around but yourself. You have nothing left to do but take a photo of yourself, a “selfie”. My iphone and camera are full of them, its the giveaway sign of a solo traveller! Of course you can always ask someone to take a photo of you if there are others around – just be careful who you ask!

Should you travel solo?

So if you’re thinking of travelling solo, only you will know if it’s right for you or not, but I’ve loved every minute of it, and I hope these observations of mine can help you decide whether or not its for you! Or at least give you some topics of conversation.