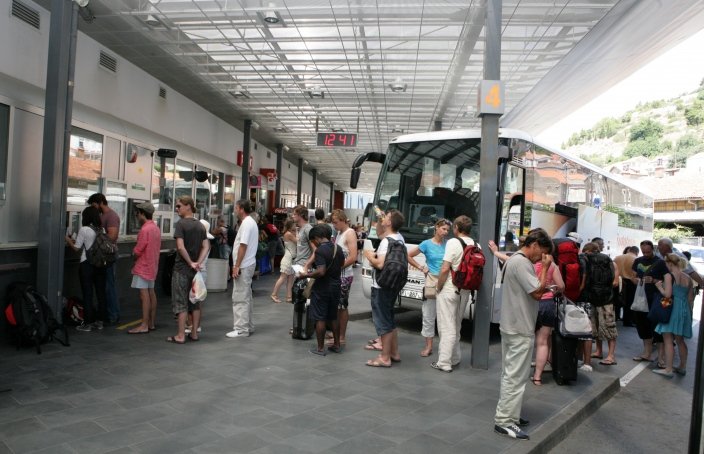 If you’re looking to save money while traveling around Central / Eastern Europe, then the logical choice for your transport are trains or busses. In this post I’m going to share with you some of the positives and negatives of bussing around this great part of the world based on my experience of catching over 20 busses in the last three months, and spending more than 100 hours sitting on these said busses.

Let’s start with the things you should know:

However their are some good points to catching busses (after all I wouldn’t have kept catching them if it was ALL bad!)

Some of the most beautiful scenery can be seen as you wind your way through the mountains or along the coast (oh so windy), and you get to stop off at some really interesting rest stops that you don’t get to do on the train (just stay on to your destination). Below are some other benefits of international bus rides in Central & Eastern Europe.

Below are a list of websites & tools & companies I used to book, plan and research bus trips across all of Central / Eastern Europe and the companies that I used in each place. There are of course other bus lines, but these ones were all pretty good and made for some good experiences.